George Clooney rushes to save the world in the final trailer for Netflix’s upcoming science fiction drama, The Midnight Sky. Jumping between Clooney’s isolated scientist, and the space crew that plans to prematurely return to the irrevocably damaged Earth, the movie looks like an insular story on an epic scale.

The official synopsis courtesy of Netflix reads; “This post-apocalyptic tale follows Augustine (George Clooney), a lonely scientist in the Arctic, as he races to stop Sully (Felicity Jones) and her fellow astronauts from returning home to a mysterious global catastrophe.”

The Midnight Sky is adapted from the 2016 novel Good Morning, Midnight by Lily Brooks-Dalton, with a script written by The Revenant’s Mark L. Smith and finds George Clooney on both directing and leading man duty. The movie has amassed a star-studded cast alongside the Ocean’s 11 star, with Felicity Jones as Sully, Kyle Chandler as Mitchell, David Oyelowo as Commander Tom Adewole, Tiffany Boone as Maya, Demián Bichir as Sanchez, and Caoilinn Springall as Iris alongside Clooney as Augustine.

George Clooney is looking on fine form as humanity’s lonely savior and looks unrecognizable as he sports one of the most glorious post-apocalypse beards ever committed to celluloid. Disguising his leading man good looks with thick facial hair and a patchy haircut, Clooney recently explained his through-process behind the look of the character, revealing that he did a lot of the work himself. “I just took a shaver and shaved all my hair off, and I tried to do it kind of badly so that it looked patchy,” the actor disclosed. “And I’ve got some pretty funky scars on my head in general. Since he is clearly dying of something that he has to have a transfusion for, which is usually some form of cancer, it was important to me to add some elements so that I didn’t look like I look normally.”

Director and star George Clooney discussed the project at the most recent London Film Festival saying, “The guys at Netflix sent it over to me to act in it. I read it and loved it, and thought I’d actually rather take a swing at directing it.” He continued, highlighting that the intimate nature of the movie is what ultimately drew him to the project, “I’d done a couple of space movies, so I knew how complicated the space stuff was going to be, but this one felt like a really intimate story about what mankind is capable of doing to mankind. I also liked the idea of a story of redemption, and this was kind of the ultimate story of redemption.”

The dramatic tale of The Midnight Sky is filled with obvious comparisons to the current state of the world, something which Clooney was more than aware of, even before the current circumstances wrenched us all from normality. Mercifully, Clooney approached the movie hoping to make something that’s at least a little optimistic, There’s the sadness [in the film] of what man is capable of doing to man and how easily it can just be taken away. I wanted it [the movie] to be about redemption in a way. I wanted there to be some hopefulness in a fairly bleak story about the end of mankind.”

The Midnight Sky is scheduled to begin a limited theatrical release on December 11, 2020, before www.netflix.com/themidnightsky|beginning to stream on Netflix on December 23. Did ‘WandaVision’ Embrace a Wolverine and Weapon X Easter Egg? Ought to we criminalize those that unfold misinformation about vaccines? 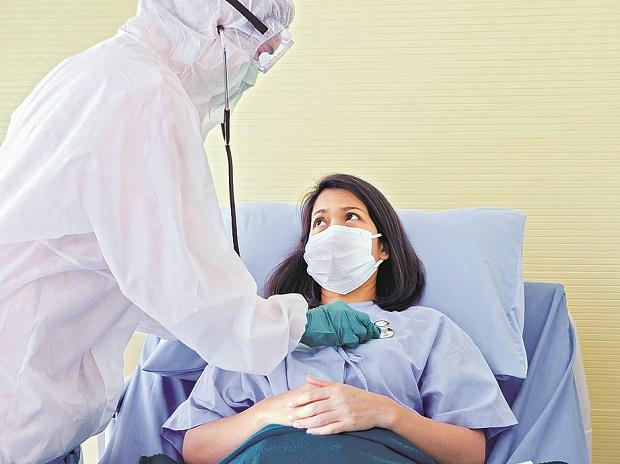