The lack of progress in Congressional stimulus talks, escalating US-China tensions and the absence of additional monetary stimulus could weigh on precious metal prices in the run-up to elections in November, and could see gold and silver continue to retreat from their respective monthly highs.

However, the Federal Reserve’s adoption of average inflation targeting (AIT) and recent comments from New York Fed President John Williams stating that “we’re not shy about doing whatever it takes to get this economy through this really difficult situation and hopefully back to that maximum employment goal as soon as possible” suggests that the longer-term outlook for precious metal prices remains bullish.

That being said, it looks relatively unlikely that the central bank will adjust its current monetary policy settings prior to the US Presidential election.

Moreover, with Congress now shifting focus to replacing the late Supreme Court Justice Ruth Bader Ginsburg, and still needing to approve a continuing resolution to fund the government before September 30, the chances of securing a fiscal stimulus package before November 3 seems out of the question.

To that end, precious metals may struggle to move higher in the near-term if US policymakers fail to quench the market’s need for further stimulus.

Get Your Free Gold Forecast

Silver appears poised to extend its fall from the yearly high set on August 7 (29.91), after collapsing through Symmetrical Triangle support and the trend-defining 50-day moving average (25.20).

A push back towards the sentiment-defining 200-DMA (20.43) looks on the cards, as both the RSI and MACD indicators plunge below their neutral midpoints and the slope of all three moving averages notably plateau. 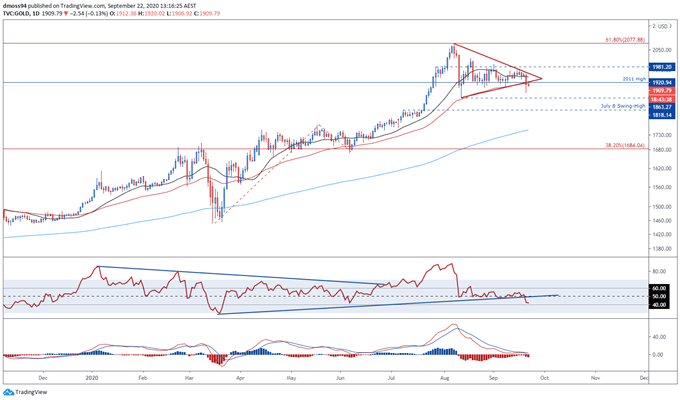 In a similar fashion to its silver counterpart, gold prices look poised to push to fresh monthly lows after slicing through Symmetrical Triangle support and the 50-DMA (19.15).

The RSI snapping its uptrend from the March extremes, combined with the MACD indicator plunging below its neutral midpoint, is indicative of swelling bullish momentum, which may ultimately trigger a more substantial correction if buyers fail to overcome resistance at the 2011 high (1920.94).

However, with price yet to close below the September 8 swing-low (1906.80) there remains a distinct possibility that price could climb back towards the monthly high (1992.63).

On the other hand, a daily close below the $1900/oz level would probably validate the downside break of Symmetrical Triangle consolidation and could ignite a push towards support at the 200-DMA (1750), with the implied measured move (1715) suggesting price could fall as much as 11% from current levels.

of clients are net long.


of clients are net short.

Gold Forecast: XAU/USD on the Mercy of a Fiscal Stimulus Deal

No advantage in enjoyable 10% cap on single inventory funding: Sebi... 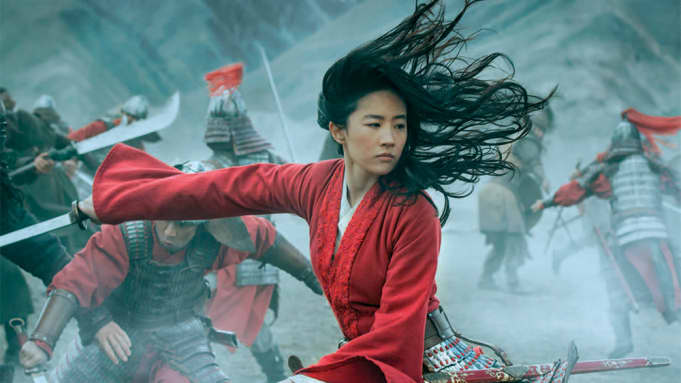 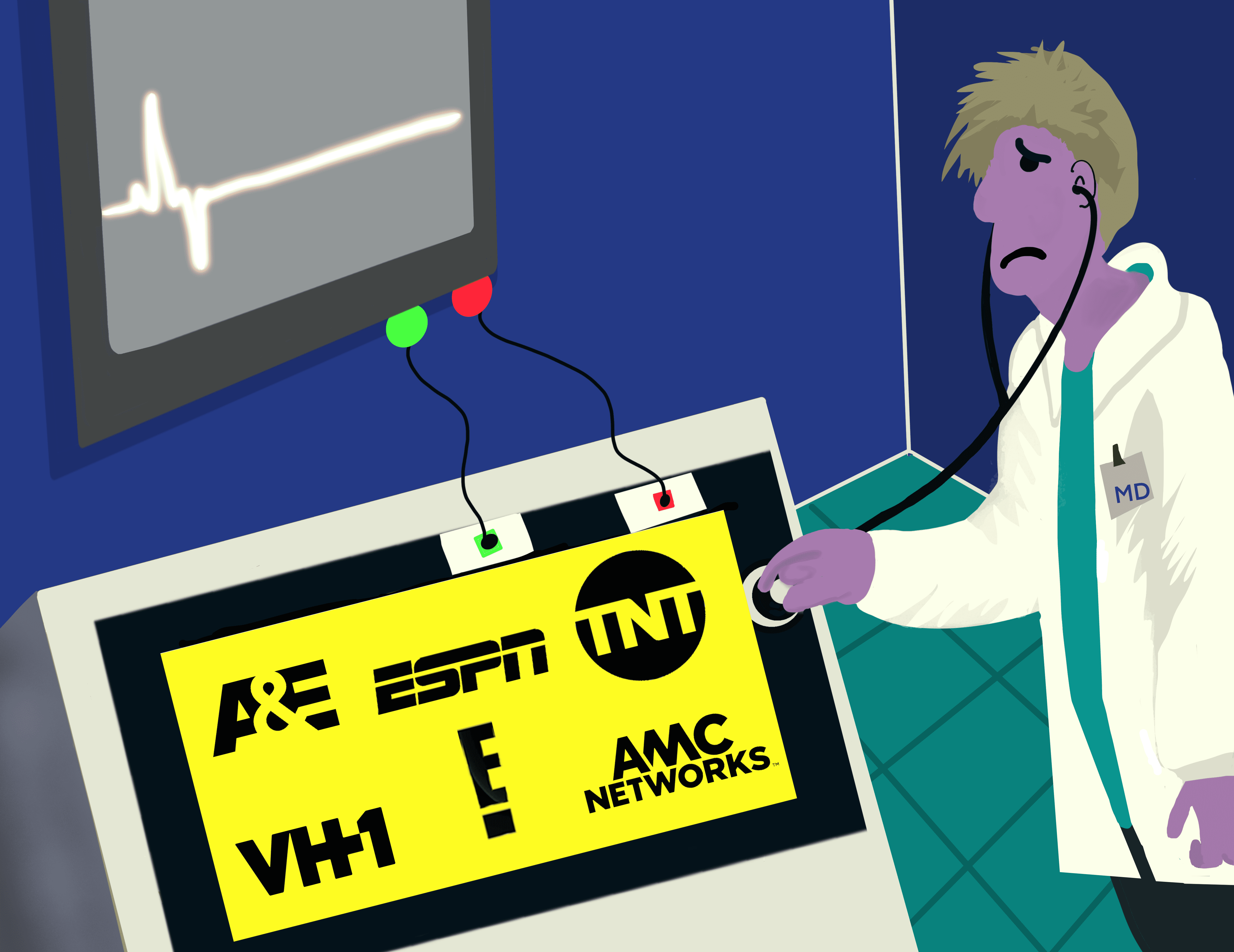